Blog
You are here: Home / Blog / Advent / A Dangerous Baby 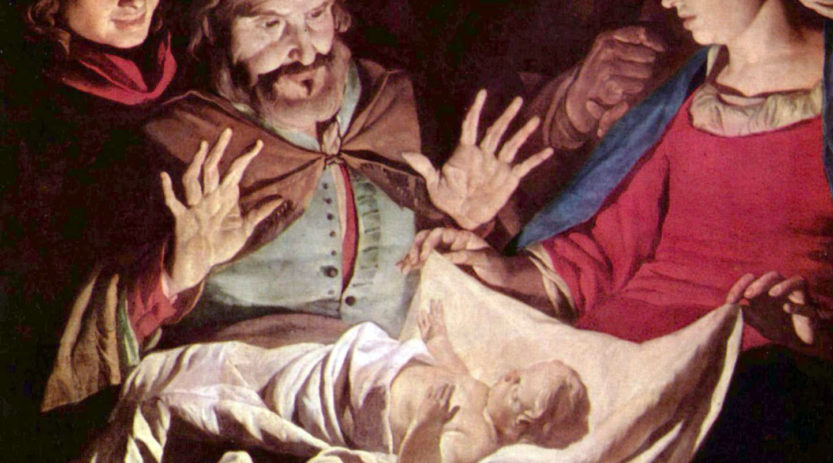 My wife and I had our fifth child on November 6. Well, let’s be honest: she had her and I was there in support. My daughter’s birth coincided with the presidential election and the onset of Advent, which has left me thinking about the strange Biblical intersection of babies and politics. So far, my reflections have led to a few reconsiderations about the birth of the One we call Messiah.

He was a threat

I am sure Jesus was cute and cuddly as all babies are; but let us not forget that He was also a threat to the prevailing status quo right from His first night in the stable. The Gospel writers take great pains to make Jesus’ birth not simply a “spiritual” one but one that interrupted a corrupt, oppressive, and distorted reality.

As followers of Jesus, especially ones who tell this story to our children as part of our communal narrative, we cannot forget this part. If we include the donkeys in the manger even though the Bible says nothing about them, at the very least, we need to tell the story of the challenge to power that Jesus posed as well.

His leadership was different

The fact that Jesus was born in a small village well removed from Jerusalem and the epicenter of Jewish life certainly says something. This is not just a geographical insight, it’s also a temporal one since Galatians tells us that Jesus arrived, “in the fullness of time.”

As missionary disciples we must remember that even those in temporal power have the capacity or, more accurately, the need for hope beyond the type of power politics provides.

He brought people together

The Gospels tell the story of the three wise kings that showed up bearing precious gifts and avoiding Herod on the journey back. They also tell of three simple shepherds, following a star to the baby Jesus, who have come bearing little besides their desire to worship. It’s hard to imagine two more different groups of people who would gather for the same purpose, but there they were anyway, on equal footing.

This is what Jesus does. This is what He demands. When we approach the King of kings and the Good Shepherd it is He who bears the titles. Missionary discipleship requires us to abandon our own hunger for prestige and self-centered identities and to adopt the one He gives to us.

As we engage with this Advent season we should ask ourselves: how will we approach this dangerous child? How will we tell His story?