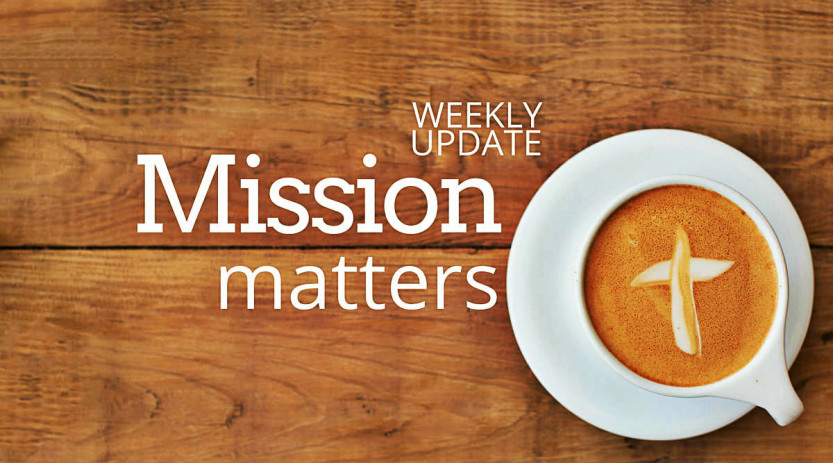 This week’s “Parish Table Talk”: Reminder – Fortnight for Freedom; Video series from the Liturgical Institute; Marriage Preparation sponsors and facilitators training; A Vlog  for the deaf;  A new priest for the Archdiocese of Baltimore;  plus this Thursday’s blog post.

Ask the Master of the Harvest: Evangelizing for Vocations by Father James Sorra, Director of the Office of Vocations

• Approaching the Fortnight for Freedom opening Mass: “Building a future of freedom requires love of the common good and cooperation in a spirit of subsidiarity and solidarity,”said Pope Francis.  Fortnight for Freedom will be celebrated in the United States from June 21 to July 4, Independence Day. Archbishop Lori will celebrate its opening Mass on June 21, at 7 p.m. at the Baltimore Basilica. Sign language interpreters provided. We are looking forward  to seeing you and your parishioners there!

• The Heart of the Church’s teachings in video form:  If you’re interested in the fundamental theology of the Mass, check out the Liturgical Institute’s video series “Elements of the Catholic Mass.”  This audiovisual production has received over sixty thousand views in more than a hundred countries and has a very healthy subscriber list of over three thousand people. Additionally, if you’re a liturgical art and architecture buff, the Institute has also released this video series which focus on the central role of arts in Catholic worship.

• Sponsor couple/facilitator training for Marriage preparation: Join Witness to Love creator Mary-Rose Verret for a training session on August 13, from 9 a.m. to 2:30 p.m at Saint Mark Catholic Church in Catonsville.  For facilitator training on Prepare-Enrich with Director Edward Herrera, schedule  a session on a Saturday at a parish near you (allow for 5 hours for the training). For more information or to register, please call the Office of  Marriage and Family Life  at 410-547-5406.

• Father MD’s Kitchen Table: According to the National Catholic Office for the Deaf, 96% of deaf people do not go to church because religious services and programs are not as accessible to them as they are to hearing people. That’s why in 2008, Father Michael Depcik launched this website  featuring weekly homilies in American Sign Language (ASL) as well as important links and resources for the deaf community. If your parish has a deaf population but not a regular deaf interpreter for Mass, consider sharing Father Michael’s vlog with your congregation.

• A new priest for our Archdiocese:  Deacon Michael Rubeling started his seminary life shortly after graduating high school at Our lady of Providence Seminary in Providence, Rhode Island. After obtaining his bachelor’s in Philosophy, he went to major seminary in Rome to complete his Bachelor of Sacred Theology (STB) and is  currently working on his Licenciate of Sacred Theology (SLT). Deacon Michael will be ordained to the priesthood on June 25, 2016 at 10 a.m. at the Cathedral of Mary Our Queen. Besides serving at his home parish of St. Peter’s in Libertytown, Deacon Michael has served at St. Louis in Clarksville, Our Lady of Hope in Dundalk, and St. Ignatius in Hickory. Let us welcome him as he lays down his life in the service of Christ and His Church!

Ask the Master of the Harvest: Evangelizing for Vocations – Survey Series...
Scroll to top