PASTORATES: WHAT YOU NEED TO KNOW 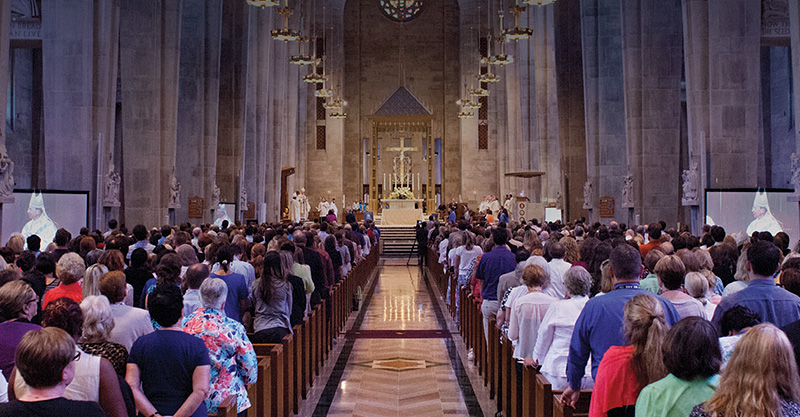 What is the purpose of the Be Missionary Disciples planning effort?

The purpose of Be Missionary Disciples is to organize our parishes so we have a critical mass of people and resources to do the mission of the Church effectively and to intentionally plan for how that mission will be carried out.

How will the parishes be organized?

Parishes are being organized into “pastorates,” one or more parishes with a single pastor and leadership team. The pastorate defines which parishes will be planning together for how to carry out the mission of the Church in their boundaries.

Who put together the design of pastorates?

The pastorate design evolved through many rounds of consultation that occurred between June 2016 and February 2017. A small group of pastors and archdiocesan staff developed the first model of pastorates from our existing parishes. That model then was shared with the priests who serve on the Presbyteral Council or are vicars forane (priests representing the different regions in the archdiocese); all the priests and pastoral life directors in the archdiocese; and representatives from all the parishes in the archdiocese. After each round of consultation, the design was revised to reflect the feedback that was received.

No, parishes will continue to be the primary expression of the local church. Pastorates are simply a way of helping them work together better through shared leadership and vision.

What kinds of planning will each pastorate be asked to undertake?

The pastorate will plan to renew and strengthen the faith of those already in our parishes, welcome back those who have become disengaged from their faith, and reach out to strangers to share the Gospel with them. It also will need to address how this can best be done in a way that will be sustainable for many years to come, which will include examining how the buildings and finances of the pastorate collectively can best serve the mission, and how our people can be brought together to do this as well.

Does this mean that parishes in a pastorate are going to have to merge? Is my church going to close?

The model does not assume that multiple parishes in a pastorate will merge. That is a decision that will have to be reached as the pastorate, once formed, goes through a thoughtful planning process that is mission-focused. The same goes for whether or not a church should remain open.

Will I still be able to go to the same Mass?

That will depend on the plan for the pastorate developed by the parishioners.The plan should identify a Mass schedule for the pastorate that responds to the needs of both longtime parishioners and newcomers or strangers, and which supports the celebration of the Mass in sanctuaries that are comfortably full. For this reason, one of the parameters of the planning process is to limit the number of Masses each priest can say to three per weekend.

One of the goals of Be Missionary Disciples is to increase Sunday Mass attendance. This will include making sure the Masses we celebrate are done with care and proper planning, including great homilies, inspiring music, and other important liturgical elements that make people want to come to Mass. By limiting the number of Masses, it allows the priest and liturgical ministers to prepare for and celebrate those Masses with energy.

Will my pastor change?

Possibly, but not necessarily. There will always be a natural progression of change as pastors retire or are called to different ministries. In some cases, the gifts of a pastor may be needed elsewhere in the archdiocese, which could result in a change of pastor. In other cases, the current pastor may be the best one to continue leading the pastorate. Those decisions will be reached over the next several years and in consultation with the priests.

What happens to the staff in a multi-parish pastorate?

The pastor, guided by the pastorate plan and his assessment of the needs within the pastorate, will determine how he wants to organize his staff. This is no different than how current pastors with multi-parish assignments have approached the same matter. In many cases, they have brought the staff together for efficiency, though some staffs remain separate.

When are the pastorates going to be implemented (“activated”)?

The implementation of the pastorates will happen in phases over the next several years (see page B5). During each phase, smaller blocks of about 10 pastorates will be “activated” based on the readiness of or need for that pastorate to begin its strategic planning process. At that time, the pastor who will lead the pastorate will be named.

In this way, phasing will allow for natural transitions to occur as pastors retire, and will allow for the appropriate dedication of archdiocesan staff and resources to support the planning process. It also will allow for relationships and a spirit of discipleship to grow in the parishes between now and the time of activation.

What can parishes do in the meantime?

Parishes that are in later phases of pastorate implementation have lots of opportunities to begin laying the groundwork for the pastorate. A few suggestions can be found by clicking here.

Highlights of the Vision

When we focus on these goals … It produces these good fruits